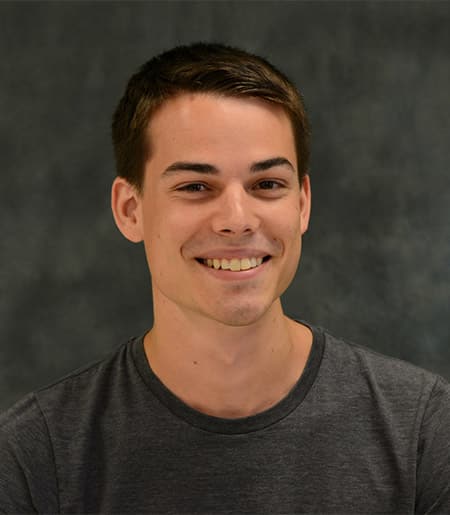 I graduated in 2010 from Franklin and Marshall College with a BA in Astrophysics. While at F&M I worked with Dr. Fronefield Crawford on an extragalactic pulsar survey and also on pulsar identification algorithms. I am now a 4th year Ph.D. student in the Department of Astronomy at Cornell University working with Dr. Lisa Kaltenegger. I also work with Dr. Natasha Holmes and Dr. Andrea Stevenson Won on using virtual reality in physics education.

Exoplanet atmosphere characterization and modeling, habitability, biosignatures and their detection, origins of life.

My current work in astronomy includes modeling the atmospheres of exoplanets. In particular, I look at how different surfaces would affect the current models we use for simulating exoplanet atmospheres. Making these changes alters the surface temperature of the planet as well as its albedo. The goal is to provide a detailed exploration of how different types of surfaces can be classified by upcoming exoplanet observations. There are two models used to achieve this. A 1D climate model is used to figure out properties such as temperature and composition throughout the atmosphere. A second model determines how the molecules in the atmosphere change over time as they interact with each other and are exposed to sunlight. These two models are able to communicate to each other to find the most stable atmosphere given a set of initial conditions. Once a stable solution is found we determine how that combination of the surface + atmosphere would look when observed.

Through my Graduate Research Teaching Fellowship, I am also working on using virtual reality (VR) in physics/astronomy education. My current project involves building a realistic Sun+Earth+Moon simulation in Unity for the Oculus Rift and developing experiences to teach Moon phases. We are trying to see if such an experience in VR is better at teaching spatial/temporal concepts, like Moon phases, than more traditional computer-based lessons.

I am a fifth year graduate student working with Professor Dong Lai. I study tides in eccentric two-body systems ranging from compact binaries to gas giants undergoing high-eccentricity migration. Recently, my work has focused on chaotic dynamical tides in migrating Jupiters. When a gas giant at a few AU is excited into a highly eccentric orbit, strong interactions between the star and planet at pericenter can excite oscillations in the planet. Under the right conditions, these oscillations grow chaotically, rapidly draining energy from the orbit and shrinking the semi-major axis. This mechanism can significantly speed up high-eccentricity migration.

I have also studied gravity waves in white dwarfs that are in eccentric orbits around intermediate mass black holes. These white dwarfs are destined to be shredded by the tidal force of the black hole. However, before they are destroyed, tidal heating can ignite and burn off the white dwarf hydrogen envelope.

In May 2013 I received B.S. degrees in physics and astrophysics from the College of Charleston, where I worked with Joe Carson on directly imaging exoplanets.

Currently, I am a fourth year graduate student working as a part of the Carl Sagan Institute with Dr. Lisa Kaltenegger studying the photochemistry of Earth-like planets in the habitable zones of white dwarfs.  In addition, I am also studying the age-rotation-activity relation of Kepler field stars with Dr. James Lloyd.

In the department I am an officer for our graduate student organization (Astronomy Grads Network or AGN), a member of Cornell's Ask an Astronomer team, and the outreach coordinator of Museum in the Dark and the Cornell Astronomy 4-H Focus for Teams workshop.  In the past I have been a teaching assistant for the department's introductory astronomy courses as well as Alex Hayes's writing class on Solar System exploration.

Outside of work I enjoy playing the piano, knitting, dancing, and attempting to keep the sea monkeys that live on my desk alive. 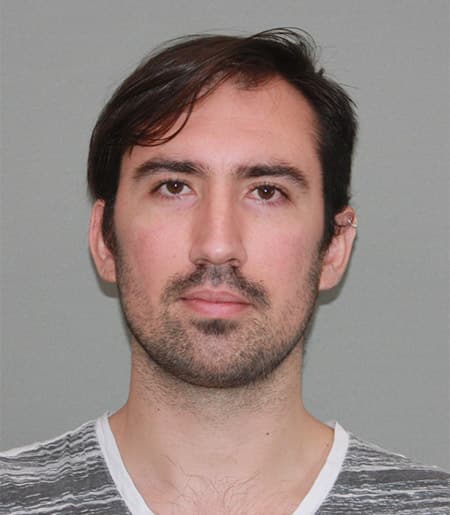 A third-year student, Cristóbal's main research interests include theoretical astrophysics, general relativity, compact objects, and cosmology. As a member of the Cornell numerical relativity group, he contributes to the development of SXS Collaboration's SpECTRE, an open-source code for astrophysics and gravitational physics whose primary goal will be to simulate with high accuracy the evolution of gravitational wave sources.

Cristóbal is also part of the Cornell Ask an Astronomer team, where he answers astrophysics questions coming from all over the globe. In the past, he has also served as a teaching assistant for several astronomy and physics courses, as well as a tutor for the Chile-based "Bling Bling Universe" project, where high-school students get introduced to basic concepts in astrophysics and data analysis through weekly workshops.

Born and raised in Chile, he obtained a BS and a MS in astrophysics from Pontificia Universidad Católica de Chile before moving to Ithaca. Besides science and outreach, Cristóbal also enjoys playing music, juggling, outdoor activities and helping people learn Spanish.