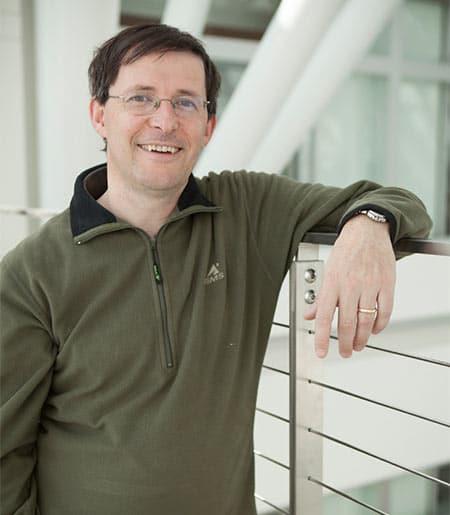 My research group works on the physics of strong gravitational fields.  We develop quantitative models of processes involving neutron stars, black holes, and the early Universe, which will be useful when compared with data from gravitational wave detectors like the Laser Interferometer Gravitational Wave Observatory (LIGO).  Other research topics include the exploration of models of the early Universe involving extra dimensions and membranes, and models of the recent acceleration of the Universe involving modifications of general relativity.