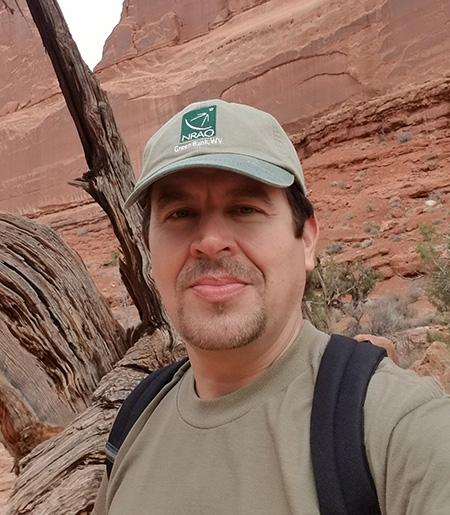 I began my academic journey at the University of Massachusetts Amherst, where I obtained a Bachelor of Science in both Astronomy and Geology. While there, I utilized the Planck Catalog of Compact Sources, gravitational lensing phenomena, statistical analysis, and follow up observations by the Large Millimeter Telescope (LMT) and Green Bank Telescope (GBT), to search for extremely luminous, high redshift, submillimeter galaxies (SMGs). The analysis portion of my research included characterization of the population of Planck-selected SMGs. Observations of SMGs paired with accurate lensing models can be used to derive structural details of gas and star formation, leading to new insight into the formation of massive starburst galaxies in the early universe.

Upon completion of my undergraduate studies, I attended Texas Tech University where, I completed my M.S. Geosciences degree. My area of focus was planetary geology. I used the principles of geomorphology, remote sensing, and Geographic Information Systems Technology (GIST) to model the emplacement of a Venusian volcanic channel known as Kallistos Vallis. Kallistos Vallis has many morphological similarities to the Martian Outflow Channels and is important to our study of Venusian volcanism as a whole.

While at Cornell I am working with my advisor Dr. Michael Mellon to investigate the geophysical environment of Mars’ Jezero crater. Studies include analyses of Mars 2020 Perseverance Rover ground penetrating radar (RIMFAX) data and supporting aspects of instrument operations and data interpretations. Mars is incredibly important in our search for life within the solar system. It is believed that early in Mars history vast quantities of liquid water flowed over its surface and that it may have contained the required components for microbial life to have evolved. The possible future ramifications of this research cannot be understated, as it may be of significant historic, scientific, and societal value.

I myself am a non-traditional, first generation college student. When I’m not conducting scientific research, I serve part time as a logistician in the Air National Guard. My future aspiration is to gain employment with NASA and eventually become a Principal Investigator on a robotic mission to one of the many icy objects that comprise our outer solar system.