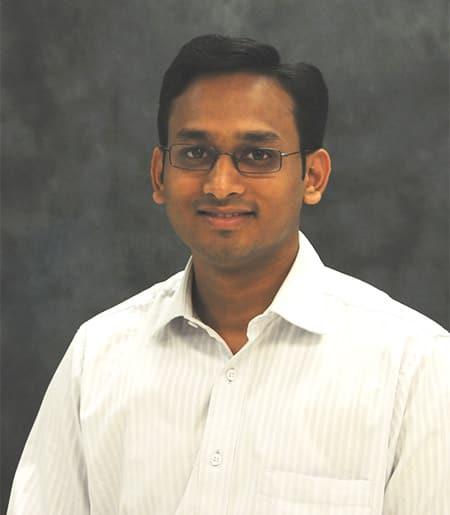 His work with Astronomical Instrumentation often puts him at the cutting-edge of engineering and technology to fulfill the requirements needed to push the forefront of astronomical discoveries. PAFs offer ~10x faster survey speeds while delivering multiple spectral imaging modes over a wide bandwidth (often limited by man-made radio frequency interference). The challenge of creating a multi-pixel camera that achieves the same sensitivity as current state-of-the-art single pixel feeds requires a careful amalgamation of precise RF design, cryogenics engineering and high-speed mixed-signal processing hardware and techniques. The design principles related to all of these challenges are of wider interest particularly in the field of Quantum Computing where increasing the computing nodes requires similar approaches as would be required for increasing the number of beams on the sky for a PAF.

For his doctoral thesis, he studied far-infrared and sub-mm atomic and molecular lines to characterize the interstellar medium in galaxies. He helped build the second generation Redshift(z) and Early Universe Spectrometer (ZEUS-2). ZEUS-2 is a ground-based, moderate resolution (R~1000), grating spectrometer that employs Transition-edge sensor (TES) bolometer detector arrays tuned to operate at wavelengths matched to the telluric atmospheric windows between 200-850 microns. The detectors and the accompanying readout implemented using a chain of super-conducting quantum interference devices (SQUIDs) acting as amplifiers and multiplexors operates just 100 mK above Absolute Zero. ZEUS-2 has been deployed four times since 2014 on the Atacama Pathfinder Experiment (APEX) Telescope located at the high (5100 meters above MSL) desert in norther Chile. Amit continues to pursue studies of highly obscured star formation activity and the physical conditions of the interstellar medium in galaxies near and far using multi-wavelength datasets using facilities including ALMA, EVLA, SOFIA, Spitzer, Hubble and hopes to get hands-on with some JWST data in the near future!

Amit graduated with a B.Tech in Information Technology from NIT Surathkal in southern India. He moved to Cornell's School of Electrical and Computer Engineering for a Masters degree and continued on to pursue a Masters and PhD in Astronomy. He splits his time enjoying the weather and scenery of Ithaca and the Finger lakes region and the beautiful city of Portland in the Pacific North-West.