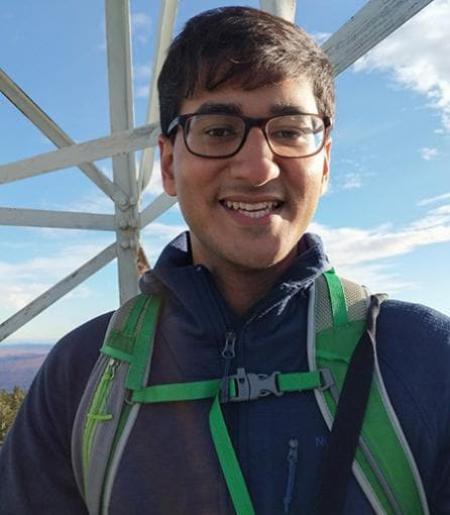 My research interests include understanding the evolution of terrestrial planets and what makes a planet habitable. I am also interested in the search for life beyond Earth.

My current research focusses on analyzing the lithospheric structure of Venus. Venus is very similar to Earth in both size and density, suggesting that the two should have similar heat sources. A misleading hypothesis might be that the tectonics of Venus would be similar to Earth, however, we now know this is untrue and mantle convection on Venus has a different surface expression than the Earth. The pressing question of why Venus and Earth evolved so differently thus also arises for the surface and interior. Studying the mantle convection and lithospheric structure of Venus and understanding why it diverged from Earth will help us shed new light on the evolution of terrestrial planets. The surface of Venus consists of some of the longest channels known in the Solar system. These channels, termed “Canali”, can be up to 6,800km in length and maintain almost constant width throughout their course. My goal is to analyze deformation features along the flow of these Canali and then model their observed frequencies to predict the thickness of the Venusian lithosphere.

I am also working on generating digital topographic models (DTMs) for Saturn's largest moon Titan. Titan is the only extraterrestrial body known to have an active hydrological cycle and support stable liquid bodies on its surface. Apart from hydrocarbon lakes and seas, Titan's surface also comprises of mountains, dunes and impact craters. The Cassini mission competed over a 100 targeted flybys of Titan and gathered synthetic aperture (SAR) images. Some of these images overlap with one another and give rise to stereo-pairs. Using the parallax distortions that arise when viewing the surface of Titan from different directions, we can extract the topographic relief of Titan's surface and thus generate DTMs in selected areas with a horizontal resolution of a few km and a vertical precision of a few hundred meters.

Apart from my research, I really enjoy teaching and astronomy outreach! I've been a teaching assistant for introductory astronomy courses and been involved with several outreach events with the department. In my free time, I love playing squash, soccer, and hiking.