The eerie sound of an extraterrestrial whirlwind has reached the Earth from more than 50 million miles away, thanks to the first working microphone to traverse the surface of Mars. The audio records the movements of a dust devil, a tiny tornado of dust and grit – similar to the feeling on your ankles on a windy day on a sandy beach.

On Mars, this “saltation,” the movement of dust grains along the surface driven by wind, would blast not just your ankles but likely your whole body, says mission scientist Don Banfield ’87, co-author on the new paper analyzing the recording.

“This research is exciting, not only for the information it gives us about dust devils, dust lifting and grain ‘saltation’ at the surface of Mars, all of which are critical drivers of surface change and climate on Mars, but also because it gives all of us on Earth a feeling of virtual telepresence, not just visually but also acoustically as well,” said Banfield, senior visiting scientist in the Cornell Center for Astrophysics and Planetary Science (CCAPS) in the College of Arts and Sciences. “Imagining yourself immersed in a Martian experience, sitting on the rover, is something we often experience as scientists working on the rovers, but it is even easier to do when you have not just your eyes but also your ears engaged in the process.”

The study, “The Sound of a Martian Dust Devil,” was published in Nature Communications Dec. 13. Naomi Murdoch, Université de Toulouse, is lead author; Roger Wiens, Purdue University, leads the instrument team that made the discovery.

The microphone, part of Perseverance’s SuperCam suite of remote-sensing instruments, is not on continuously; it records for about three minutes every couple of days. In the Jezero Crater, where Perseverance landed in February 2021, the team has observed evidence of nearly 100 dust devils since the rover’s landing, but this is the first time the microphone was on when one passed over the rover.

The sound recording of the dust devil, taken together with air pressure readings and time-lapse photography, help scientists understand the Martian atmosphere and weather.

“The wind is fast – about 25 miles per hour, but about what you would see in a dust devil on Earth,” Wiens said. “The difference is that the air pressure on Mars is so much lower that the winds, while just as fast, push with about 1% of the pressure the same speed of wind would have back on Earth. It’s not a powerful wind, but clearly enough to loft particles of grit into the air to make a dust devil.”

The information indicates that future astronauts will not have to worry about gale-force winds blowing down antennas or habitats. It also accounts for the breezes that blew grit off the solar panels of other rovers, especially Opportunity and Spirit, enabling them to last much longer than originally expected.

The lack of such wind and dust devils in the Elysium Planitia where the InSight mission landed may help explain why that mission is winding down. As mission scientists note, just like on Earth, different areas of Mars have different weather patterns. Studies such as this one take us one step closer to understanding the environment on Mars.

Towards that end, Banfield and Rob Sullivan, principal research scientist in CCAPS (A&S) have received funding to develop a “Saltation Sensor” that would record the timing of impacts – the same “clicks” that this first recording captured with the microphone – as well as the speed and size of the particles and their height above ground. The sensor will be a more sophisticated kind of microphone, tuned to separately resolve not only particle speed, but also size from the details of the “click” it receives.

“We started the project at Cornell, and now it has transitioned over to NASA Ames,” Banfield said. “We hope to fly it on any upcoming Mars landed mission, along with a very fancy wind gauge we also started developing at Cornell, which is now completing maturation at NASA Ames.” 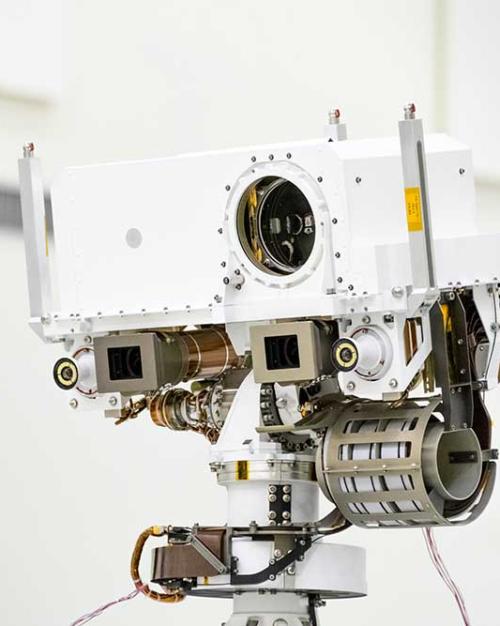 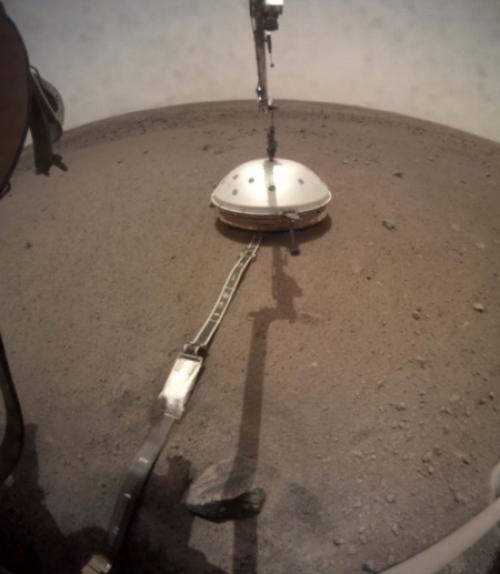 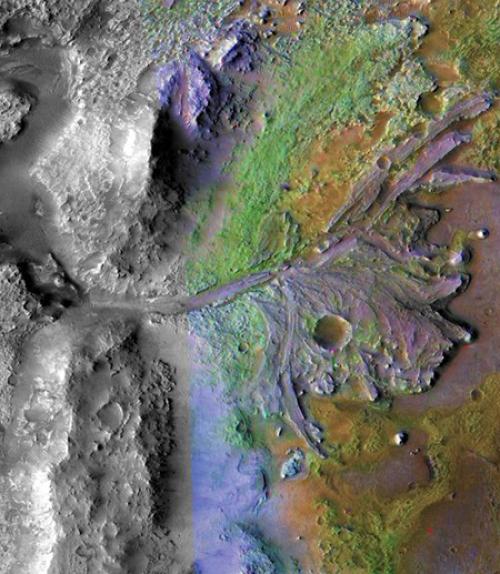 Mars Perseverance to deliver ‘first zoom cameras’ to another world 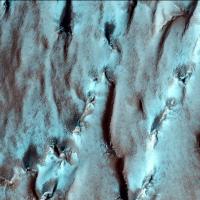