A Cornell senior has come up with a way to discern life on exoplanets loitering in other cosmic neighborhoods: a spectral field guide.

Zifan Lin ’20 has developed high-resolution spectral models and scenarios for two exoplanets that may harbor life: Proxima b, in the habitable zone of our nearest neighbor Proxima Centauri; and Trappist-1e, one of three possible Earth-like exoplanet candidates in the Trappist-1 system.

“In order to investigate whether there are signs of life on other worlds, it is very important to understand signs of life that show in a planet’s light fingerprint,” Lin said. “Life on exoplanets can produce a characteristic combination of molecules in its atmosphere – and those become telltale signs in the spectra of such planets.

“In the near future we will be seeing the atmosphere of these worlds with new, sophisticated ground-based telescopes, which will allow us to explore the exoplanet’s climate and might spot its biota,” he said.

In the search for habitable worlds, “M dwarf” stars catch astronomers’ eyes, since the local universe teems with these suns, which make up 75% of the nearby cosmos, according to Lin.

Throughout the Milky Way, our home galaxy, astronomers have discovered more than 4,000 exoplanets, some in their own suns’ habitable zone – an area that provides conditions suitable for life.

To explore the atmosphere of these places, scientists need large next-generation telescopes, such as the Extremely Large Telescope (ELT), currently under construction in northern Chile’s Atacama Desert; it is expected to be operational in 2025. Scientists can aim the mammoth eyepiece – with a flawless primary mirror about half the size of a football field – at Proxima b and Trappist-1e. The future telescope will have more than 250 times the light-gathering power of the Hubble Space Telescope.

Lin and Kaltenegger said the high-resolution spectrographs from the ELT can discern water, methane and oxygen for both Proxima b and Trappist-1e, if these planets are like our own pale blue dot.

About 4 light-years from Earth, Proxima b can be resolved by new ground-based telescopes, giving astronomers an edge in observing this close-by world.

“Assuming these worlds could be like a young or modern Earth, with similar or eroded atmospheres,” Kaltenegger said. “Zifan has generated a database of light fingerprints for these worlds, a guide to allow observers to learn how to find signs of life, if they are there.

Said Kaltenegger: “We are providing a template on how to find life on these worlds, if it exists.”

Funding for this research was provided by the Carl Sagan Institute and the Breakthrough Foundation.

Image: Artist's conception of the possible surface of Proxima b. Credit: ESO/M. Kornmesser

This story also appeared in the Cornell Chronicle 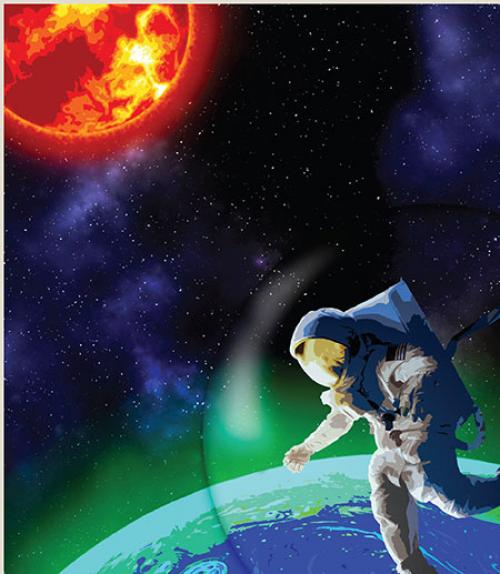 Fluorescent glow may reveal hidden life in the cosmos 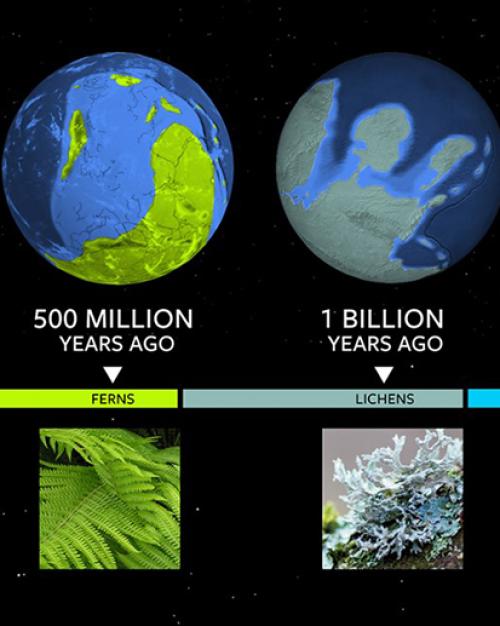