“Frank Drake was a pioneer of radio astronomy and the search for extraterrestrial intelligence using radio telescopes,” said fellow astronomer Jonathan Lunine. “During his tenure at Cornell, Arecibo became a true astronomical observatory and planetary radar facility which went on to make profound discoveries about the cosmos and our planetary neighborhood,” said Lunine, the David C. Duncan Professor in the Physical Sciences and chair of the Department of Astronomy in the College of Arts and Sciences.

Drake spent 20 years at Cornell, from 1964 to 1984; he was appointed the Goldwin Smith Professor of Astronomy in 1976. During that time he served as Cornell’s director of the Arecibo Observatory in Puerto Rico and, later, as the founding director of the National Astronomy and Ionosphere Center (NAIC), the Cornell based management organization for the Arecibo Observatory.

While Drake was director of the Arecibo Observatory, pulsars, rapidly rotating neutron stars that were the result of the supernova explosion of massive stars, were discovered by Jocelyn Bell in England. Arecibo was the perfect telescope to study these then enigmatic objects, and Drake seized the opportunity, involving numerous Cornell graduate students in this new and exciting area of radio astronomy.

Drake began investigating the possibility, while director, of a major upgrade to the telescope at Arecibo that would greatly increase its frequency range by replacing the original wire mesh surface with aluminum panels. As the NAIC director he vigorously sought funding from the National Science Foundation for this project, which was completed in late 1974, greatly expanding the telescope’s capabilities in the areas of radio and radar astronomy. In a letter to Nature, Drake called it “the most exciting and cost-effective foreseeable improvement to the world's astronomy equipment, and is one of the most promising projects of science in general.” Towards the end of his time as NAIC director in 1981, Drake initiated a study for another major upgrading of the telescope, which was finally completed in the mid-1990s.

While working at the Green Bank observatory in West Virginia in 1960, Drake initiated the first serious attempt to detect intelligent signals from planets around other stars, what is now known as the search for extra-terrestrial intelligence (SETI). He called it "Project Ozma" after L. Frank Baum's Queen of Oz. In the experiment Drake used a radio telescope to examine the stars Tau Ceti and Epsilon Eridani, but he found no signal of note. This was the beginning of a lifelong involvement with SETI.

In 1974 at the dedication event for the upgrading of the Arecibo telescope, Drake sent the first directed message to extraterrestrials into space, using the observatory’s new radar transmitter.  The message contained some very basic information about the human race, including representations of the fundamental chemicals of life, the formula for DNA, a crude diagram of our solar system and simple pictures of a human being and the Arecibo telescope.

While there was large number of people at Arecibo for the event, others criticized Drake for sending the message. Some even suggested that sending such a message was dangerous, because it might attract the attention of hostile aliens.

In 1977, Drake helped send another message to the stars, this time a physical communication, created in collaboration with Carl Sagan and others. Known as the “Golden Record,” the message was a 12-inch, gold-covered copper record containing salutations to the universe, international music and images of life on Earth. It was placed aboard the Voyager 1 and Voyager 2 spacecraft, which are now traveling beyond the solar system in interstellar space.

As Drake told the audience at the Voyager 40th anniversary event held at Cornell in 2017, “We all had the sense that we were doing something very important. We would create a record of the existence of … our civilization that would last longer than the Earth itself. It might never be found, but if it did, it would be the only thing in the universe that would [have recorded] memories of the history of this civilization,” said Drake. “And that weighed heavily on us, but inspired us.”

Calculating how likely it would be for there to be aliens out there who might someday see the Golden Record is the goal of the equation that now bears Drake’s name. The Drake Equation estimates the number of active, communicative extraterrestrial civilizations in the Milky Way galaxy. The famous equation was devised by Drake in 1961 and has become a staple of introductory astronomy classes.

Drake served as president of the SETI Institute after it was founded in 1984; even after retiring from the post continued to promote its work. Despite the lack of evidence after more than a half century of searching, Drake never lost confidence in his quest for signs of extraterrestrial intelligence. As he told an audience at Cornell in 2017, “We’ve come to know far better how to optimize our searches and where to look...We’ve been looking at one star at a time for 10 minutes. That’s just a drop in the bucket … if signals are only there for a fraction of a second, we haven’t looked long enough at enough stars to see them.”

Drake is survived by his second wife, Amahl Shakhashiri; his daughters Nadia  ’02, Ph.D. ’09 and Leila Drake Fossek; his sons Steve, Richard and Paul; four grandchildren; and his brother, Bob. 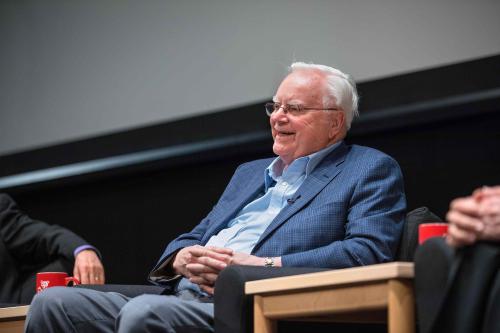 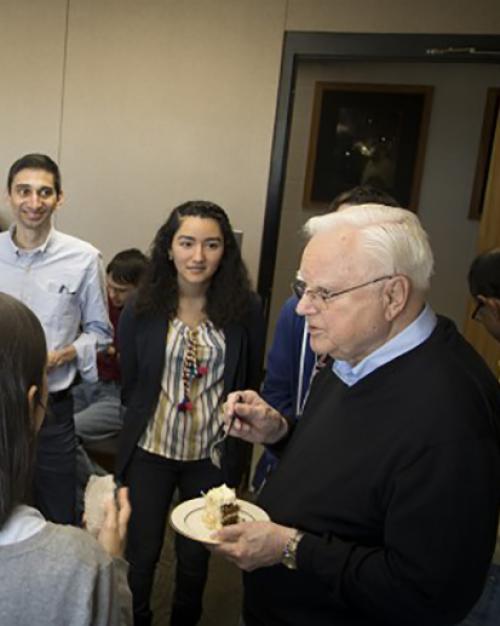 Pioneer in the search for ET looks back, ahead in talk 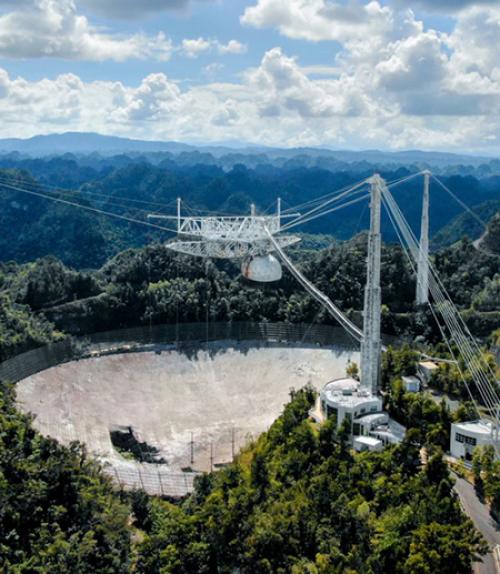 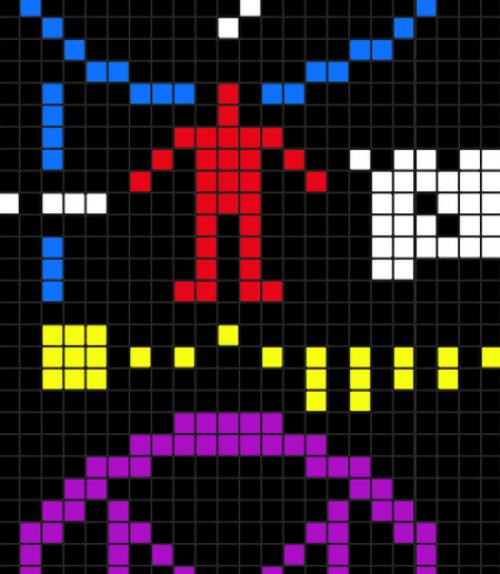